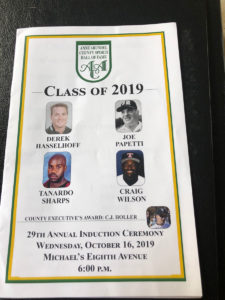 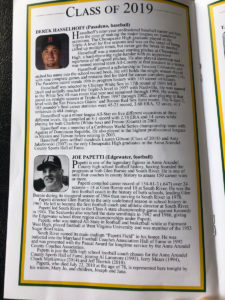 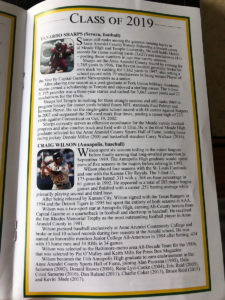 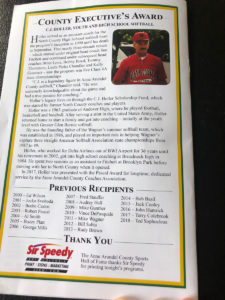 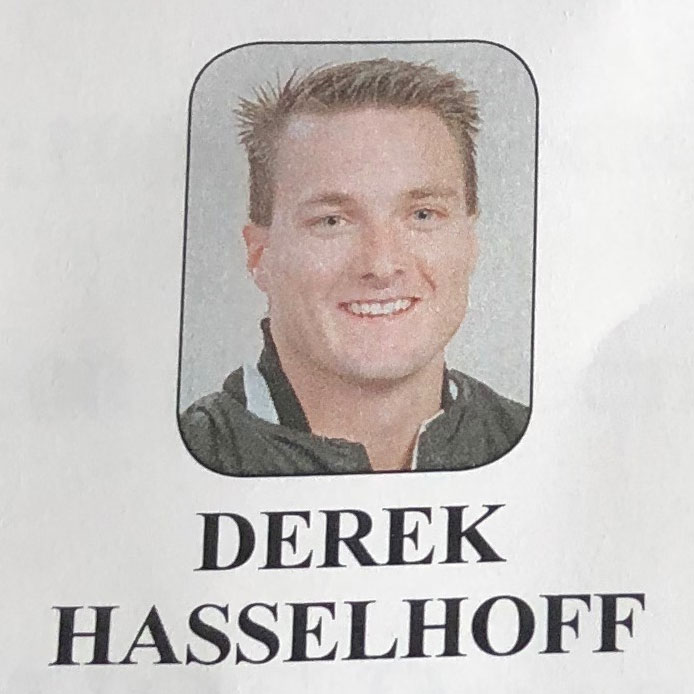 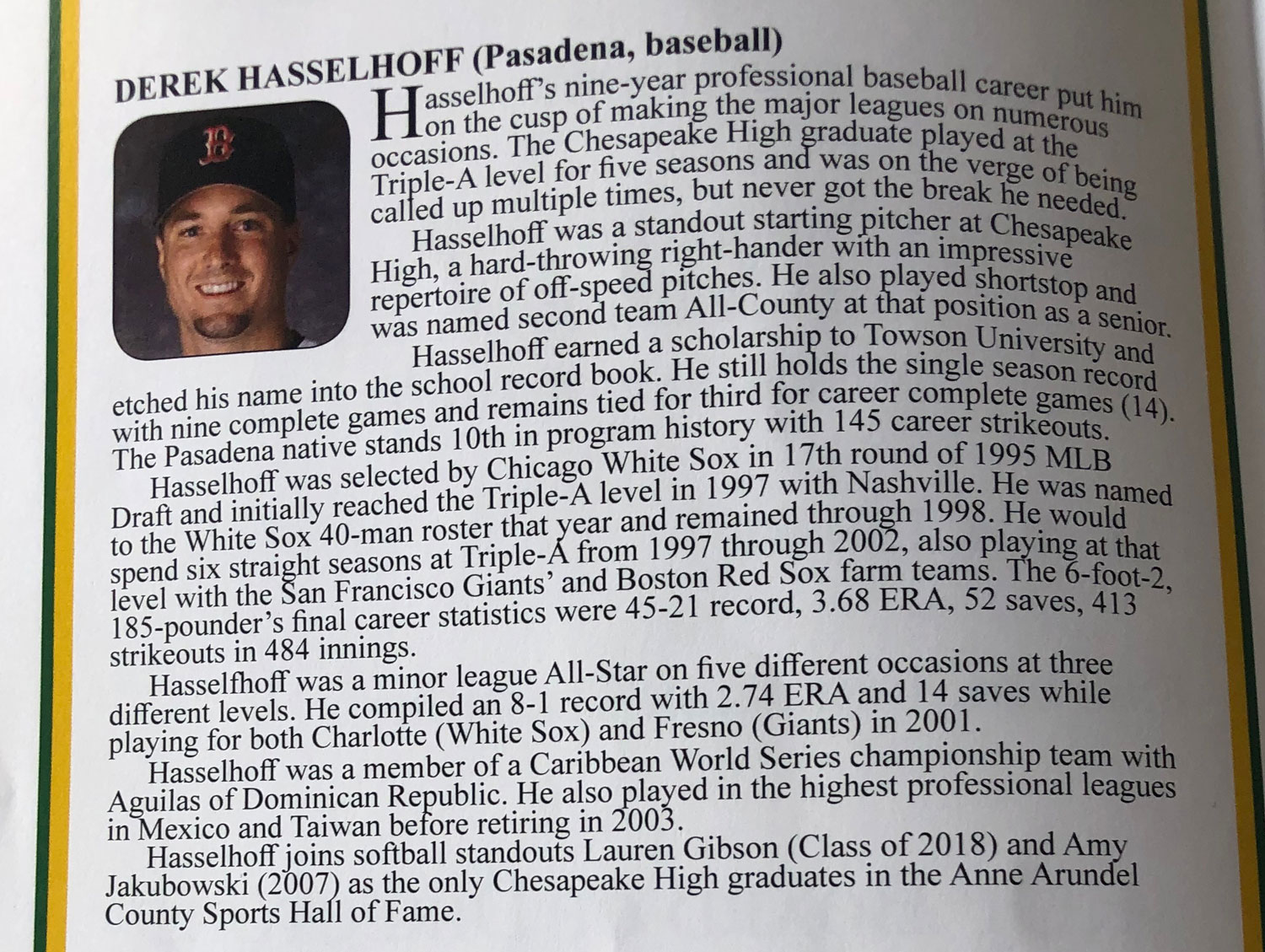 Hasselhoff's nine-year professional baseball career put him on the cusp of making the major leagues on numerous occasions. The Chesapeake High grad played at the Triple-A level for five seasons and was on the verge of being called up multiple times, but never go the break he needed.

Hasselhoff was a standout starting pitcher at Chesapeake High, a hard-throwing right-hander with an impressive repertoire of off-speed pitches. He also played shortstop and was named second team All-County at the position as a senior.

Hasselhoff earned a scholarship to Towson University and etched his name into the school record book. He still holds the single season record with nine complete games and remains tied for third for career complete games (14). The Pasadena native stands 10th in program history with 145 strikeouts.

Hasselhoff was selected by Chicago White Sox in 17th round of 1995 MLB Draft and initially reached the Triple-A level in 1997 with Nashville. He was named to the White Sox 40-man roster that year and remained through 1998. He would spend six straight seasons at Triple-A from 1997 to 2002, also playing at that level with the San Francisco Giants' and Boston Red Sox farm teams. The 6'2'' 185 pounder's final career stats were 45-21 record, 3.68 ERA, 52 saves, 413 strikeouts in 484 innings.

Hasselhoff was a minor league All-Star on five different occasions at three different levels. He compile an 8-1 record with 2.74 ERA and 143 saves while playing for both Charlotte (White Sox) and Fresno (Giants) in 2001.

Hasselhoff was a member of a Caribbean World Series championship team with Aguilas of Dominican Republic. He also played in the highest professional leagues in Mexico and Taiwan before retiring in 2003.

Hasselhoff joins softball standouts Lauren Gibson (Class of 2018) and Amy Jakubowski (2007) as the only Chesapeake High Graduates in the Anne Arundel County Sports Hall of Fame. 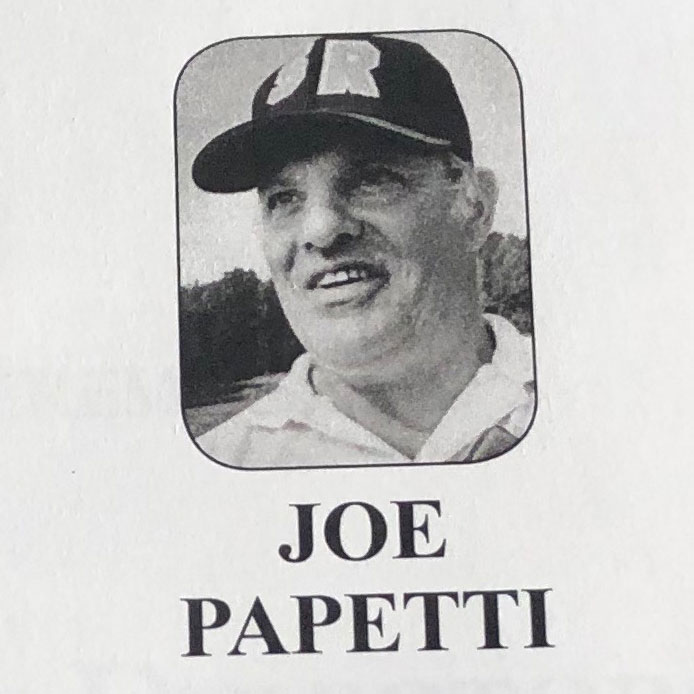 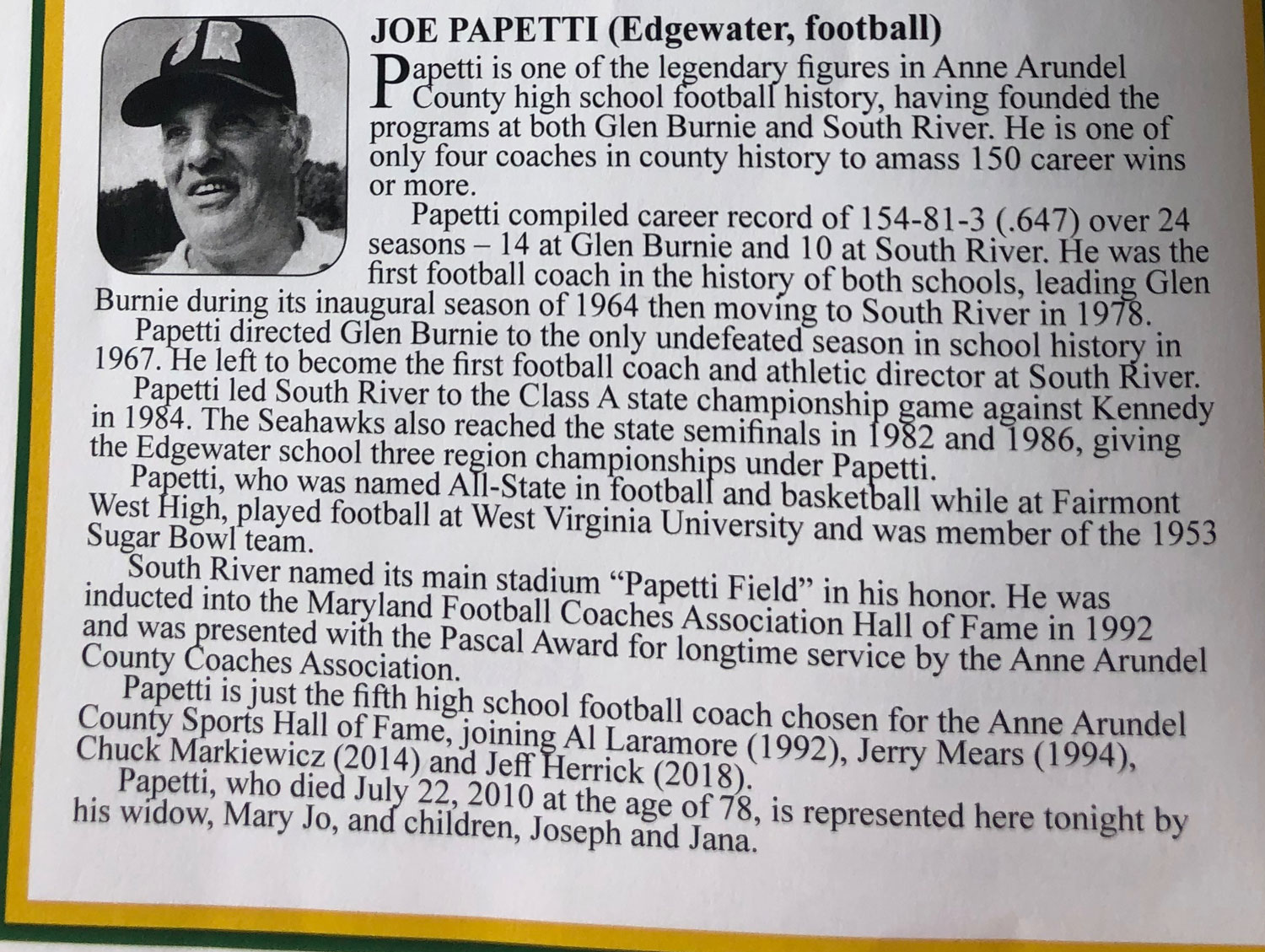 Papetti is one of the legendary figures in Anne Arundel County high school football history, having founded the programs at both Glen Burnie and South River. He is one of only four coaches in county history to amass 150 career wins or more.

Papetti directed Glen Burnie to the only undefeated season in school history in 1967. He left to become the first football coach and athletic director at South River.

Papetti led South River to the Class A state championship game against Kennedy in 1984. The Seahawks also reached the state semifinals in 1982 and 1986, giving the Edgewater school three region championships under Papetti.

Papetti, who was named All-State in football and basketball while at Fairmont West High, played football at West Virginia University and was a member of the 1953 Sugar Bowl team.

South River named its main stadium "Papetti Field" in his honor. He was inducted into the Maryland Football Coaches Association Hall of Fame in 1992 and was presented with the Pascal Award for longtime service by the Anne Arundel County Coaches Association.

Papetti, who died July 22, 2010 at the age of 78, is represented here tonight by his widow, Mary Jo, and children, Joseph and Jana. 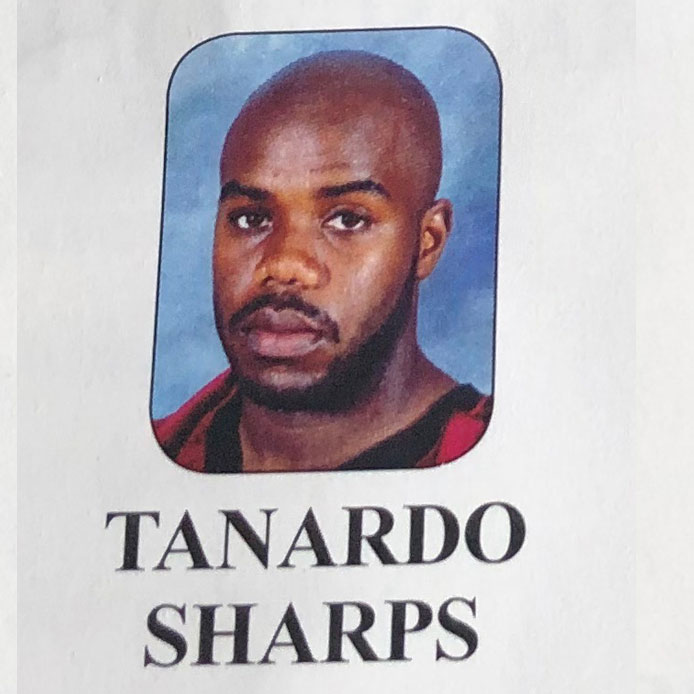 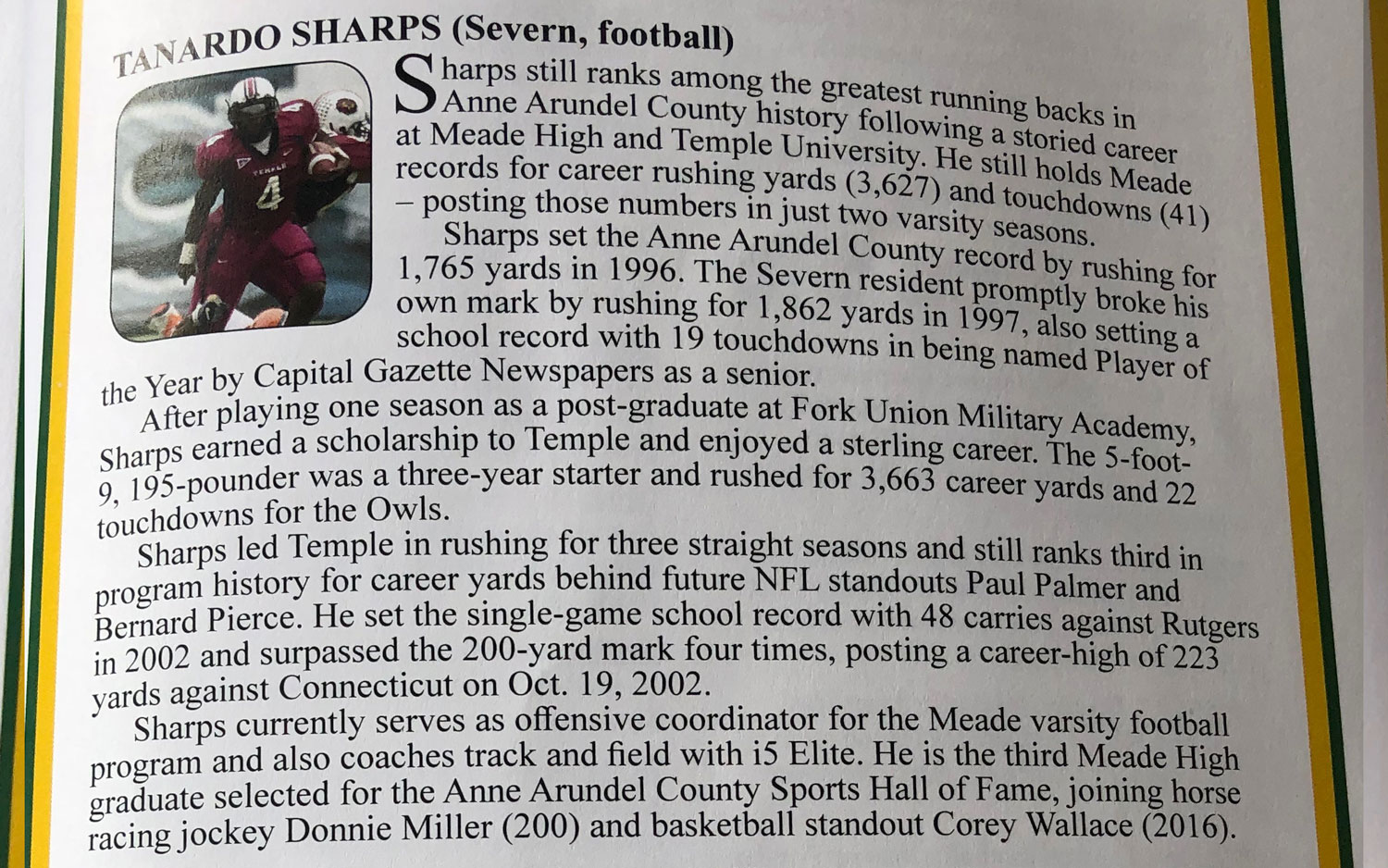 Sharps set the Anne Arundel County record by rushing for 1,765 yards in 1996. The Severn resident promptly broke his own mark by rushing for 1,862 yards in 1997, also setting a school record with 19 touchdowns in being named Player of the Year by Capital Gazeete Newspapers as a senior.

After playing one season as a post-graduate at Fork Union Military Academy, Sharps earned a scholarship to Temple and enjoyed a sterling career. The 5'9'' 195 pounder was a three-year starter and rushed for 3,663 career yards and 22 touchdowns for the Owls.

Sharps led Temple in rushing for three straight seasons and still ranks third in program history for career yards behind future NFL standouts Paul Palmer and Bernard Pierce. He set the single-game school record with 48 carriers against Rutgers in 2002 and surpassed the 200-yard mark four times, posting a career-high of 223 yards against Connecticut on Oct. 19, 2002. 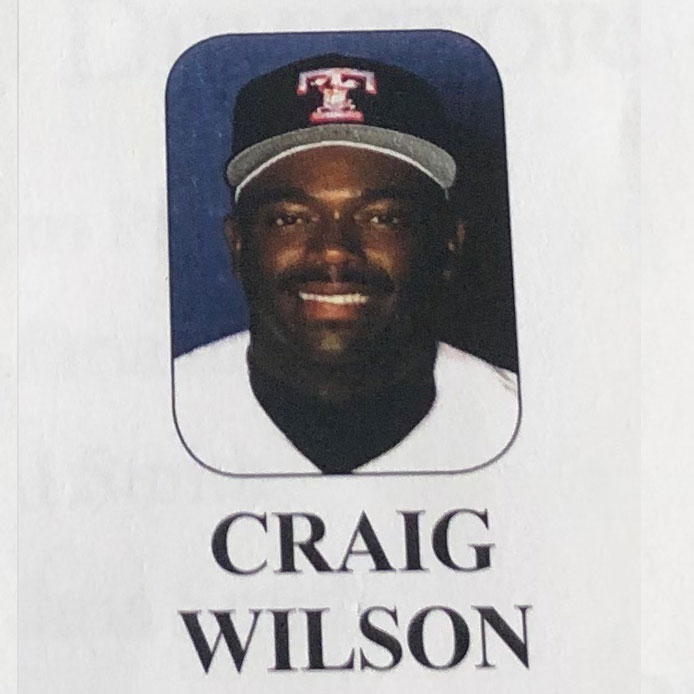 Wilson spent six seasons toiling in the minor leagues before finally earning that long-awaited promotion in September 1989. The Annapolis High graduate would spend parts of five seasons in the majors before retiring in 1995.

Wilson played four seasons with the St. Louis Cardinals and one with the Kansas City Royals. The 5'11'', 175 pounder batted .311 with a .368 on-base percentage in 61 games in 1992. He appeared in a total of 203 major league games and finished with a career .251 batting average while primarily playing second and third base.

After being released by Kansas City, Wilson signed with the Texas Rangers in 1994 and the Detroit Tigers in 1995 but spent the entirety of both seasons at AAA.

Wilson was a two-sport start at Annapolis High, earning All-County honors from Capital Gazette as a quarterback in football and shortstop in baseball. He received the Jim Rhodes Memorial Trophy as the most outstanding football player in Anne Arundel County in 1981.

Wilson pursued baseball exclusively at Anne Arundel Community College and broke or tied 10 school records during two seasons at the Arnold School. He was named an honorable mention Junior College All-American in 1984 after batting .434 with 13 home runs and 34 RBIs in 34 games.

Wilson was selected to the Baltimore-metro area All-Decade team for the 1980s that was selected by Pat O'Malley and Keith Mills for Press Box Magazine.